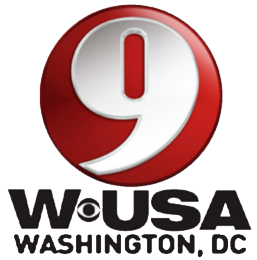 On January 16, 1949, Channel 9, then a new CBS network affiliate station, began its first official broadcast. Four days later, President Harry S Truman made history as the first American president to give a live, televised inaugural address. Of course, that speech was carried by WOIC-TV, Channel 9.

Since that time much has changed. They’ve had several sets of call letters (WOIC, WTOP, WDVM, and today, WUSA) and Washington has grown from a small television market to one of the top ten markets in the country. This growth would not have been possible without the technical crew that has been perfecting ever-increasing duties over the years. Once handled by a crew of over 3 dozen, the morning/mid-day crew is now in the capable hands of Vincent, Liz, Joe, Dave, Scott, Sam, and Cathy. Our robotics, not a person behind every camera anymore, but a force of one. So if you choose, Byron, Tomika, Tom, Joe, or Debbie you are in great hands. At 3 pm, the baton is handed over to our night crew – Master Control/ Microwave…our masters are Bill/Tom and leading the pack are our wonderful directors…Cathy, Scott, and Emily. Of course, no story could be told without the slew of editors, cameramen/women, and maintenance crew that makes up the WUSA family.