Mood Media Corporation is an international in-store provider of music, digital signage, hold music, on-hold messaging, scent, integrated audio/video, and interactive mobile marketing solutions It was created after the acquisition of Mood Media by Fluid Music Canada, Inc. in 2010. It he company delivers solutions to a variety of retailers and other business verticals such as restaurant, financial, healthcare, hospitality and QSR. Mood Media Corporation has expanded its product offerings through acquisitions of Somerset Entertainment in Canada, BIS Group in Europe, and Trusonic, AEI Music Network Inc., Muzak, DMX, Technomedia, and Go Convergence in the United States. 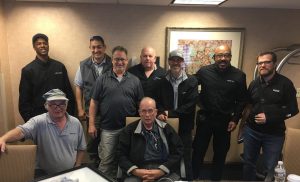 Mood Media Corporation was founded in 2004.[6] Originally known as Fluid Music Canada, Inc., the company rebranded itself in June 2010. The company went public in 2008 and is traded on the Canadian, and European stock exchanges.

The company has made a number of acquisitions over the years, expanding its presence across Europe, North America, Asia and Australia. According to internal reports, the company reaches 100 million people in 500,000 commercial locations in over 40 countries.